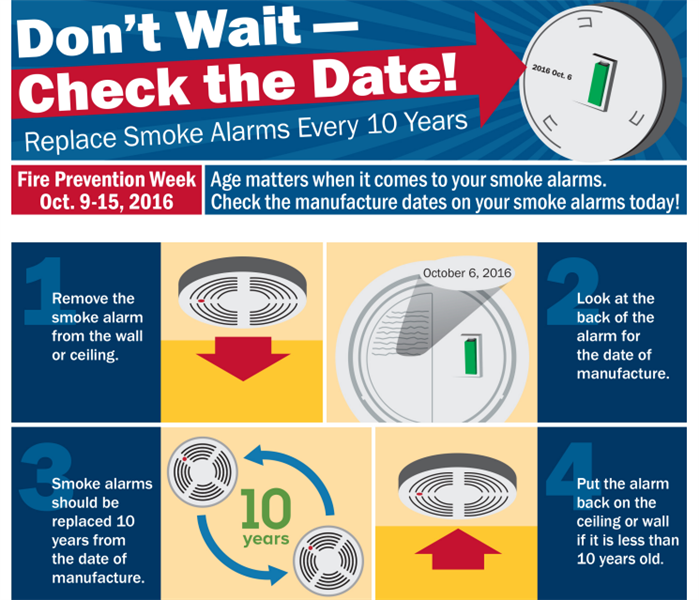 Smoke Alarms should be replaced every 10 years

Per the National Fire Protection Association, the decision to focus on Smoke Alarms for the third year in a row was based on the fact that recent studies have shown that only a small percentage of people actually know the age of the smoke alarms in their own home.  Much less, a majority of people were completely unaware that a smoke alarm should be replaced every 10 years.

Because a large portion of the public is unaware of this requirement, many homes most likely have smoke alarms far past their expiration date, which puts people at a much greater risk in the event of a fire.

Because Fire Prevention Week was established to commemorate the Great Chicago Fire, we here in Chicago, should make sure to heed the advice of the NFPA.