Welcome Home! (To your Flooded Basement) 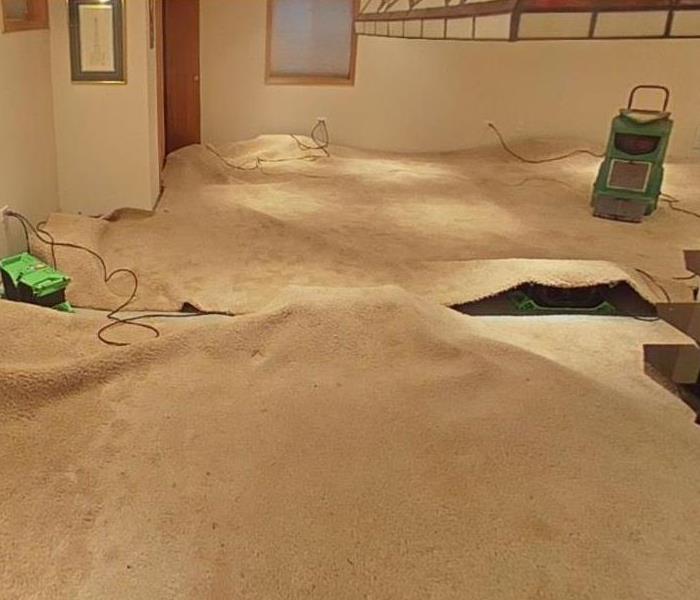 The carpet pad was removed and the carpet was floated to properly dry it.

Recently SERVPRO was called out to a home to inspect a basement that had suffered water damage. The homeowners were on vacation and came home to the carpet in their basement absolutely soaked. However, these smart homeowners did not panic, they did not fret, they remained calm and did the right thing and called SERVPRO. The result of the loss was the sump pump not kicking on, allowing the tank to fill up and eventually overflow into the basement. SERVPRO responded in a timely manner and was ready to tackle the job ahead of them. SERVPRO ended up removing the effected carpet pad as well as the effected baseboard on the walls. The carpet was able to be dried out and saved. Although it was not the return home they had hoped for, they handled it accordingly. We were able to perform the necessary work and begin the drying process in just a couple of hours time.